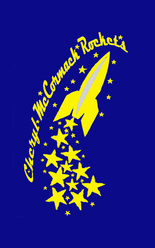 The CMAD Competition Team consists of students from seven years old to adult. The team - The Cheryl McCormack Rockets - has traveled to many regions of the United States and brought back award after award for their dance routines and professionalism.

​   The Cheryl McCormack Rockets now compete in the DanZa Intensive circuit and recently took dance numbers to the DanZa National Competition in Florida where they won numerous awards including several special national recognitions and the Director's Choice Award.

As recently as 2014 the Rockets were chosen by Disney World to dance in a special show on the Beauty and the Beast stage at Hollywood Studios in Walt Disney World, Florida. The team also performs in the South Coast region of Massachusetts in many cultural and civic events.